This Is Not Your Father's Sun Dome (Or Your Brother's, Or Probably Yours)

Share All sharing options for: This Is Not Your Father's Sun Dome (Or Your Brother's, Or Probably Yours)

I'm in Tampa for a few days, so I made sure to visit the Sun Dome open house this morning with Collin. (Mark at Big East Coast Bias was there too -- his own take is posted over there.) Everything you've heard about the Sun Dome, about how it feels like a completely new building, is true. It is a massive step forward as a facility.

Before we get into the new arena, let's talk about the Sun Dome I used to know. When I got to campus in 1998 (news flash: I'm old), the roof was held up by air pressure. The lighting was terrible. The sound was awful and no one wanted to hold concerts there. There were almost zero concessions. The retractable, metal-and-wood rows of seats were creaky and the seats themselves were breaking and fading. And that was 15 years ago. 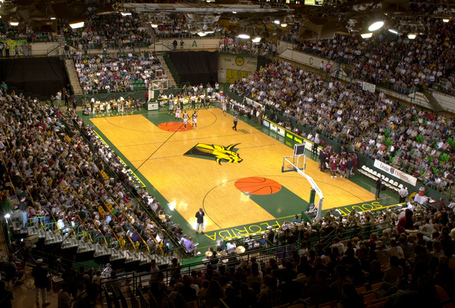 Wait, that's not the picture of the Sun Dome that I remember! 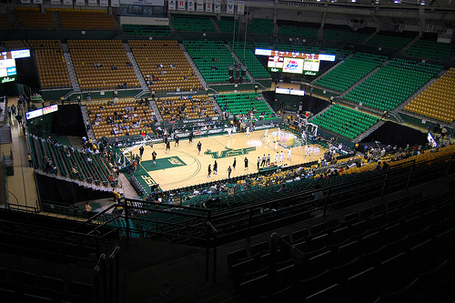 So the Sun Dome desperately needed a do-over. Finally, it got one. More pictures after the jump.

We've already seen pictures of the inside, so when we walked into the seating bowl, there wasn't that "holy crap!" moment like it was the reveal on an HGTV show. Still, there's no denying what a massive improvement the renovated Sun Dome is. Even if it was just a plain old arena, with no frills whatsoever, it would be a much better building. There are concourses now, instead of everyone having to walk around between L1 and L2. The seats are all the same color (padded seats in the 100 level, molded seats in the 200 level, bench seats in the 300 level) and they wrap all the way around now. The seats come all the way down to the floor level in the entire arena. 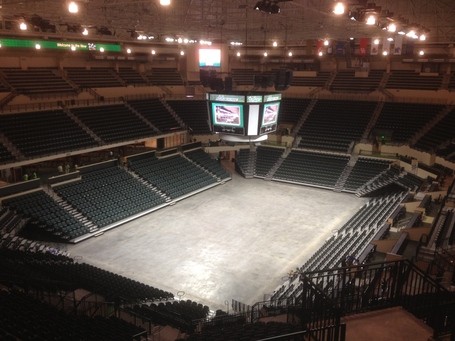 Here's the thing that not many people understand. Even when the old Sun Dome was half full, when there were 5,000 or 6,000 people in the building, it got really loud in there. And that was in an atmosphere where the fans were kept at arm's length from the court. Now you're going to have the crowd right on of top of everyone. Let's assume USF has a good team again next year and they draw pretty well. Imagine Marquette or someone down by 1 with 10 seconds left, shooting free throws, with a good-sized crowd screaming at them, and the entire student section in a frenzy behind their basket.

By the way, we did confirm that all of the student seats will be stacked behind one of the baskets. Three sections wide, from the floor to the roof. I know some people will be upset to lose the student section along the sideline, but I think scattering the loudest fans you have all over the building made it harder for the students to affect a game. 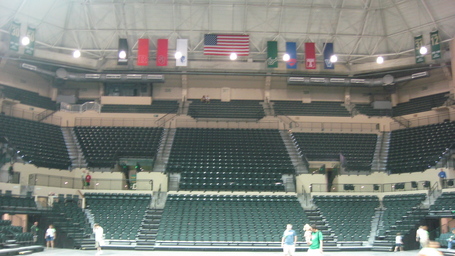 Oh, and funny story about those banners. They set up the banners for the teams that will be in the Big East starting in 2013-14. So there's a UCF banner, a Houston banner, a Memphis banner, an SMU banner, and a Temple banner. Of course West Virginia is out of the league so they aren't represented. But they also decided not to set up Syracuse or Pittsburgh banners. Take that, losers! We showed you! 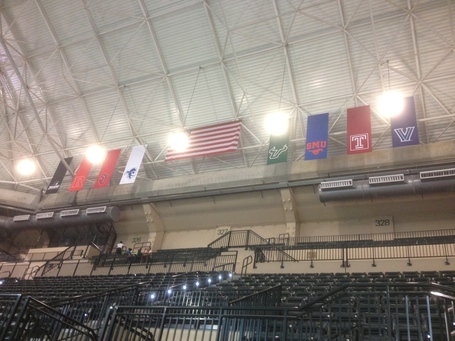 We eventually figured out that this was literally an open house. The doors to everything were unlocked, so we went down to the service level and started looking around. We found the AV room, the enormous media room, the Sun Dome offices, the volleyball offices, and a lot more. If you never saw inside the bowels of the old Sun Dome, you would never believe how ugly and small and sterile the old offices used to be when you see the new ones.

I assume this is a visiting team locker room - enough space for everyone, new bathrooms and showers, trainer's table, marker board, a TV on the way. It's actually nice. 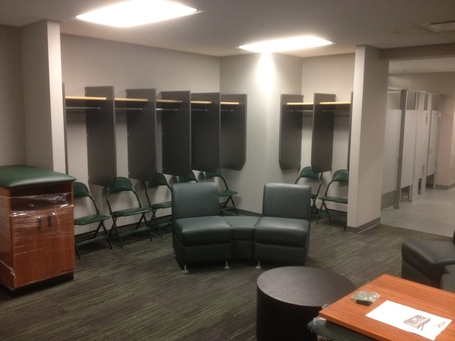 One last thing. Like any arena, new or old, the most important factor in filling the building is winning. If USF makes another NCAA Tournament run next season and the Sun Dome is hosting big games and big crowds, this can make a huge positive impact on the basketball program. But if no one shows up, this will (mostly) have been for naught. We all have to help make this worth our while. Get your tickets, everyone. 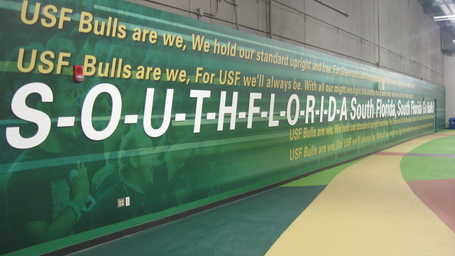 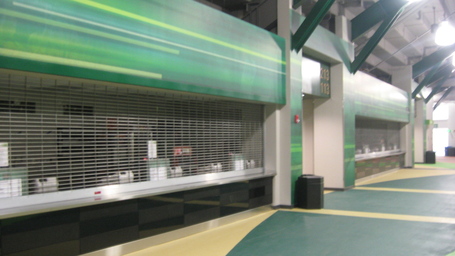 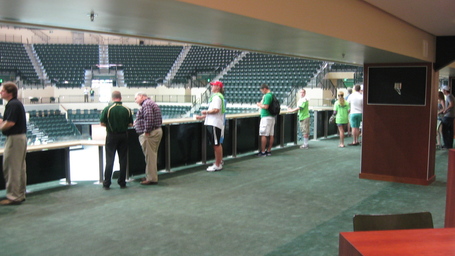 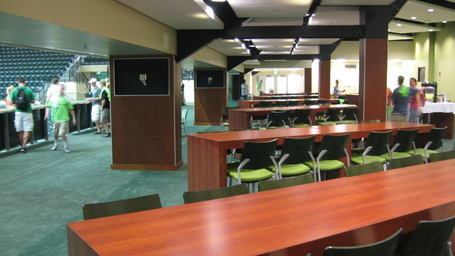 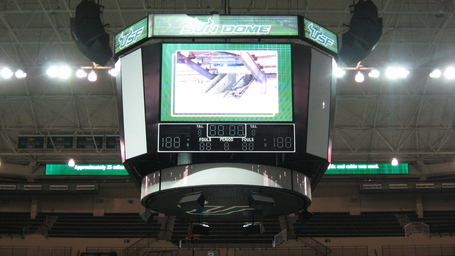 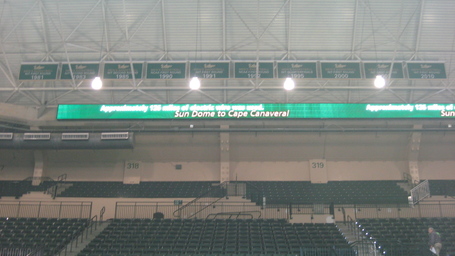