Time to kick off our theme for Big East basketball season with the king of the dinosaurs.

A couple of years ago, we came up with a theme to get us through the conference basketball schedule when it was really obvious how bad USF was going to be. 20 horrendous songs later, the Bulls finished 10-23.

Last year, we expected more misery and disaster, and decided we would try and drink away the pain. But by the end of the season, the drinks were being raised in celebration as USF made its first NCAA Tournament appearance in 20 years, and won two games there.

So what will we do this year? Well, to mark what most people would consider the last real season of Big East basketball, we've decided that extinction is forever, and we will mark every game on the Big East schedule with an extinct animal to fit the opponent that day.

First up is Syracuse, arguably the most dominant team during the 33-year run of the Big East. So what better extinct animal to match them up with than Tyrannosaurus rex? The king of the dinosaurs, the one creature everyone was scared to death of, the species who would have been even grouchier than Jim Boeheim in a press conference. In fact, the only way Syracuse and Tyrannosaurus rex don't match is the T-rex's tiny arms, which would have been disastrous in a 2-3 zone. Not to mention eating an opposing player would be a foul, unless Karl Hess or Jim Burr was calling the game.

P.S. We thought about using this dinosaur, but clearly it is not extinct. 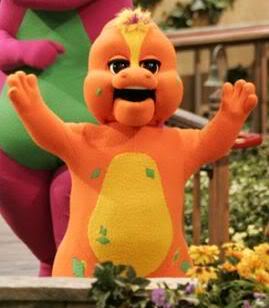