USF Spring Practice Starts Up Again, Gives Us Something To Talk About

Share All sharing options for: USF Spring Practice Starts Up Again, Gives Us Something To Talk About

I thought that for a nice change, we'd write about USF on this USF blog. Now that the Bulls finally had a football practice for the first time in 12 days, let's get caught up.

-- The official site has the best stuff, with interviews of Skip Holtz, Todd Fitch, and Mark Snyder available. A couple of guys couldn't get back from spring break in time for practice on Monday (Holtz did point out that they knew where everyone was), and Tyson Butler and Jake Carlton came back with injuries (nothing really stupid).

Fitch and Snyder talk about specific players like Marcus Shaw, Deonte Welch, Victor Marc, and Ricardo Dixon, but not in terms of how they might land on a depth chart. It's another reminder of the way this coaching staff wants to do things. Underclassmen are carefully groomed so they can grow into their starting roles as mature, prepared juniors and seniors. I don't think we're going to see many positional free-for-alls on a Skip Holtz team. And good for those of you who like flying under the radar -- teams that operate like this can get underrated by pundits because they see that you only have, like, 12 returning starters and mark you down. Or they confuse not having a bunch of blue-chip players for not having a good team.

-- Yesterday's practice wasn't exactly crisp, as you might expect for the first day back after a two-week break. But that wasn't close to being the worst news of the day.

The worst news was that receiver T.J. Knowles, in the words of Holtz, "will probably transfer." 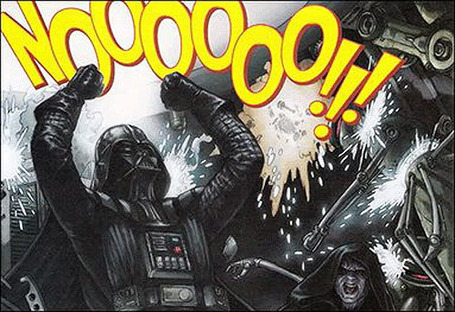 HOW CAN YOU DO THIS TO ME, SKIP? My great tall hope, going back to Las Vegas after only three catches and 13 yards? After everything I did to roll out the red carpet, with the highlight video and the roundtable and the hand grenade plays at the goal line. Then again, if Knowles couldn't get on the field when you're throw... wait, no, I'm not going there again. 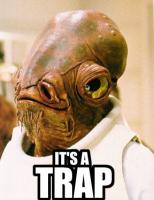 -- In other news, USF Nation has a free photo gallery from practice on Monday, and some more content behind the pay wall.

-- And I hope I'm not stealing Ken's thunder here, but Notre Dame's top wide receiver, rising senior Michael Floyd, was arrested for DUI over the weekend. This was Floyd's third alcohol-related arrest since 2009, on the heels of a couple of underage possession arrests. Floyd has been suspended indefinitely by Brian Kelly, and there are a few rumors floating around that he might not come back at all and enter the NFL's supplemental draft instead. Whatever happens, we (and probably Quenton Washington) all hope he misses at least the first game of the season.