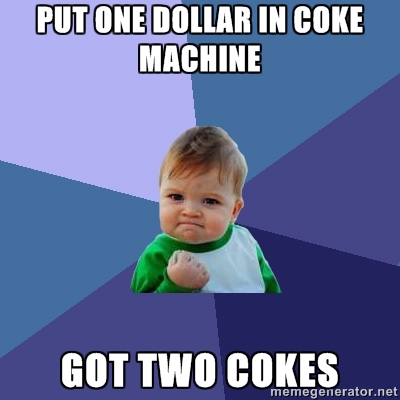 Not much to analyze here. USF scored all of their 58 points in the paint or at the foul line, because it was so easy to get out in transition or work it inside for a good shot. (And because they couldn't hit an outside shot to save their life). DePaul played the first half like they had checked out of their hotel before coming to the Garden, and only made the game mildly interesting in the second half.

Dominique Jones had 20 points, taking over second place on USF's all-time single-season scorer with 660 points. He also broke the single-season USF record for free throws made, and now sits at 192. Charlie Bradley scored a ridiculous 901 points in 1982-83, which may never be broken, and he held the free throw record, too.

The one thing that bothers me heading into tomorrow is that they didn't completely put the Blue Demons away to give their rotation players some rest. It only would have taken one good push at the start of the second half to put the lead up above 20 points and allow Heath to put Ryan Kardok or Mike Burwell or Shaun Noriega in the game for awhile. Instead, Chris Howard played 39 minutes and Jones played 37.

This week's Biggest Game in Two Decades is tomorrow at noon, against Georgetown. It's on ESPN, so either record it at home, or do what you need to do to watch it.