The Most Important Player for USF Basketball - Number 7

Share All sharing options for: The Most Important Player for USF Basketball - Number 7

After Ryan Kardok took the 8th spot on the countdown, we are left with the seven players in Stan Heath's rotation during Big East play. There was a brief moment of uncertainty on who would claim the 7th spot in the countdown, but after thinking about it wasn't that hard of a selection at all. 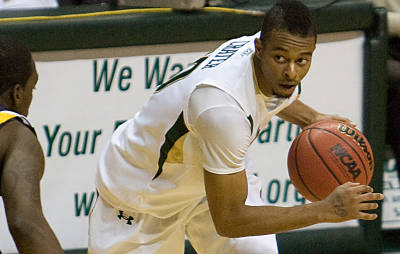 Crater came to USF as a mid-year transfer after leaving Ohio State last season, and had to sit out the first 14 games of the regular season due to NCAA transfer rules and for violating team rules in December. Crater played in 19 games total for the Bulls this year, starting in two of them. In 24 minutes a contest, Anthony averaged 3.1 points, 1.7 rebounds, 1.7 assists, and a steal a game.

Most knew that Crater's speed was going to be a nice change of pace to Chris Howard's power game, but I had no idea that Crater was going to be that fast. I don't think we've had a player anywhere close to the speed of Crater since Brian Swift, and he's nowhere close to him. Crater intercepted a couple of lazy passes and took them in for an uncontested layup as the opposing team scratched their heads wondering what happened.

With Chris Howard graduating, Crater has the keys to the offense right now, as he is the most experienced player returning in the backcourt. I wouldn't be surprised if we finally see Heath take the training wheels off next season and see the running offense in all its glory.

You know the drill guys. Who do you think will be Number 6 on the countdown? Your answers as always are below.