Good Friday morning V5ers! Here are your five links to get you through your day.

1. GoUSFBulls.com has the latest Letters From Louk entry, and once again Jim goes above and beyond the call of duty. Today Jim says goodbye to the Sun Dome, who will be getting a much needed facelift.

3. Nicole Rozario and Jared Thomas have already completed their events, and both did very well at Corpus Christi. Thomas earned 2nd team All-American Honors after finishing 12th in the discus, while Rozario finished 21st in the 3000-meter steeplechase. Congrats to both on an excellent season.

4. A bit of bad news for USF baseball. Adam Adkins is report that shortstop Sam Mende and reliever Jimmy Moran will leave the program and sign with the Colorado Rockies and Cincinnati Reds, respectively. Also Jonathan Koscso will hold off on medical school and pursue his dreams of making the major leagues.

Good news though from Greg Auman -- Rock Shoulders will enroll at USF!  Let's pull a Darren Rovell and ask for your Rock Shoulders headlines in the comments. (Which we will then steal all the credit for. You know how that works, right?) 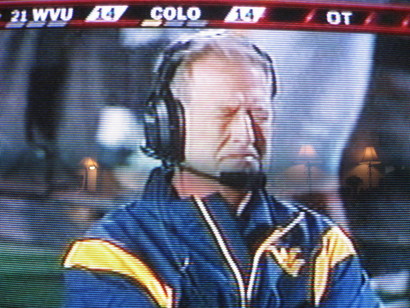