Stampeding Through The Roster: The Best #20 In USF History

Share All sharing options for: Stampeding Through The Roster: The Best #20 In USF History

We know, Marcus Shaw wears #20. But we already wrote about him when he was still wearing #32. So instead of covering that again, today we'll figure out who the best #20 is in USF history.

Let's take a look at the choices... hmmmm. I don't remember Alvin Salter getting on the field and can't find any stats for him. Kenny Robinson was a backup defensive back. Quinton Callum didn't play much when he wore #20. Chad Simpson had one big play (we'll get to that later). Aston Samuels had injury problems and we didn't see a lot of him. And Darrell Scott was ineligible the year he "wore" #20.

This is a tough call, isn't it? None of those names jump out at you, and some of them didn't even play. Well, after some deliberation among the four of us, we've decided who the best #20 in USF history is. We'll tell you after the jump. 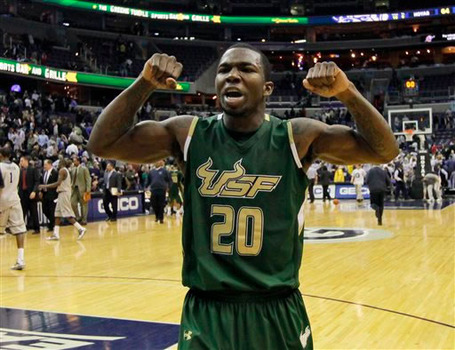 We're not sure if DoJo played high school football at Lake Wales. Our guess is he would have been a quarterback or a wide receiver. But we're giving it to him anyway.