You know football season is getting close when the BlogPoll cranks back up. We have the honor once again to participate in this poll of the top college football blogs on the Internet (plus ours).

Gary and Toro have declined to vote before any games are played, so this preseason ballot is a combination of mine and Voodoo's ballots. Explanations ater the jump. Yes, you're reading #25 correctly. 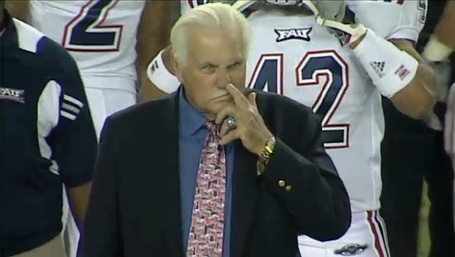 So what did we screw up on? Angry we left USF off the ballot? Let us know in the comments. (Texas would have been #25 if not for our tribute to Schnelly.)