WHAT: USF vs. Villanova, Big East tournament second round
WHERE: Madison Square Garden, New York
WHEN: 30 minutes after the conclusion of Seton Hall-Louisville (roughly 9:30pm ET)
WHY: Because the brass ring is just sitting there waiting to be grabbed, after 20 long years of falling far short, or falling not quite as far short but still pretty short, or maybe once or twice legitimately falling just short, and a few times just saying "the hell with it" and not even trying and staying on the couch eating pretzels and pounding Yuengling
TV: ESPN - Sean McDonough, Jay "Swag" Bilas, Bill Raftery
RADIO: 1250 WHNZ - Jim Lighthall, Anddrikk Frazier

For the first time ever, USF skipped the tournament's first day thanks to a first-round bye. How did the Bulls go from a 10-23 season to earning a bye? 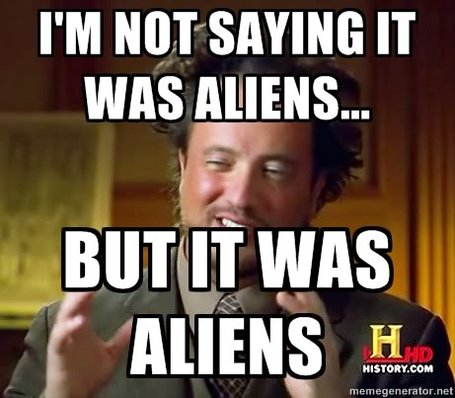 (This meme's going to get so old if we make it to Friday or Saturday.)