Share All sharing options for: Houston 35, USF 23: So. Many. Emotions.

Rational, complete thoughts and paragraphs are still several days away. All we have at this point is fragments of clarity. We'll try and go through them.

* The referee last night? John McDaid. The same ref of the "illegal forward propulsion" call vs. Rutgers in 2007. We're reserving all the JohnMcDaidSucks.com URL's, so don't even try it. We have watched the Andre Davis catch over and over and over, and there's zero way you can call that OPI. We straight up got robbed. Awful.

* The open field tackling by USF was under-12 league level. The defensive line did a great job getting pressure with just four rushers, but both linebackers and DB's just missed a ton of opportunities to limit yardage or create negative plays. We'll chart this game and get what data we can glean out ASAP, but the D certainly had chances to win this.

* The penalties. School records of NINETEEN flags and 170 yards. Some of them were crap (none bigger than the offensive pass interference call on Andre Davis that negated the go-ahead touchdown in the 4th quarter), but a lot were legit. It's too many, but that's something that can be corrected.

* I guess we were right about Andre Davis after all. Anyone that doesn't believe football players are often totally dependent on each other needs to watch Calvin Johnson at Georgia Tech getting awful passes from Reggie Ball, or see what Freak Show was dealing with before last night. Nine catches, 134 yards, and one go-ahead TD stolen by the refs. Come back in '14, Andre. You could make next year special.

* #LIKEAKLOSS. Are we gonna have to worry about kicker leaving early?? Dude is just so money. School record 13 in a row and counting.

* Lawrence Martin playing in all of two games and only starting one under Skip Holtz last year is a testament to the almost limitless capacity the Holtz New Era had to waste talent.

* Chris Dunkley made plays in the kicking game. I can't even remember the last time I saw a USF returner impact the field position game on both a punt and a kickoff like that. Deandrew Rubin? JR Reed?? Huge night for him.

* Mike White. We'll get to him in full later today, but he just became the most important student at The University of South Florida. He's got the arm, the makeup, and clearly the confidence of everyone around him. And it turns out that yes, the quarterback position was a big, big part of the problem.

* 28 days until Black Friday. I don't think there's a USF fan alive that wouldn't take 3-9 record, but a win in Oviedo four weeks from today. We put our T-shirt store away, but now we can put this link out there to start buying these again. 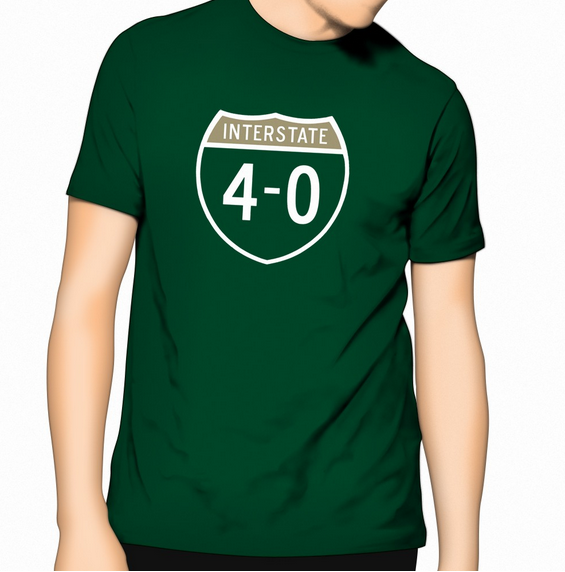 I can't even imagine posting this again 24 hours ago. That's how much things changed last night.

* Jamie and I last night went through the most encouraging losses in USF history: Georgia Southern '97, Kentucky '00, and Oklahoma '02 were the best we could find. You can certainly add Houston '13 to that list, and could even make something of an argument that it should be #1.

* This isn't perfect: We took a redshirt year off what appears to be a talented player in the seventh game of a season, and that's going to hurt several years from now when we very well might want another season of Mike White. The change also came so late in the season that nothing short of perfection the rest of the way will get USF back to post-season for the first time in three years. And why the hell did it take the coaching staff so long to figure out who their best quarterback is?

* How does this affect the decision of Quinton Flowers or any other potential USF QB recruit? Will they want to come to a place where there might be a true sophomore might have just cemented his place as the de facto starter? It might end up hurting on two fronts: bad for recruiting, and too late to save any remnants of 2013. However...

USF once again has hope. Hope can be dangerous in the wrong hands, and cruel when eventually unfulfilled, but it's as necessary as oxygen to help bring this program back to where it should be. Assuming Mike White stays healthy, USF fans will have a reason to believe in their chances in 2014 and beyond. Nothing is solved, nothing has been accomplished; yet nothing feels the same as it did yesterday. There's a roadmap and a path to success that can be dreamt about, and that's something which has been missing for far too long.

Waking up today as a fan of the University of South Florida feels better this morning than it did yesterday. And it's been a long, long time since that's happened.