From Tampa, The Voodoo Five Group. The American original. For almost half a decade, the sharpest minds, the hardest talk on USF sports. We tackle four issues of the 2013 USF Football team.

On a scale of zero to 10, zero being the abolition of the football program, 5 being Skip Holtz's best season and 10 being absolute metaphysical annihilation of all opponents, how will the 2013 USF Football season go? Find out below! 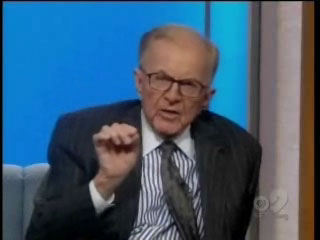 ISSUE ONE!! Matt Floyd is USF's starting quarterback after winning a four-way battle. Will this new confidence lead to a successful campaign for Floyd, or is he still not the answer?

Collin: We're going to find out how damn good Andre Davis is. He is the Freak Show, and if we can run the ball the way Willie T wants to he's going to get a lot of man coverage deep off play action. Double digit-touchdowns barring injury will happen here.

Jamie: I think someone on the coaching staff having faith in him will help, but man he was so bad last season. I don't know how much improvement is realistic. Hard to answer this question ahead of time, we'll have to wait and see.

Mike: Matt Floyd will only be as good as his receiving group. Luckily for him, that's pretty damn good. Despite depth at receiver, Andre Davis should break out enough to help the younger guys get some solid game action. Taggart likes throwing to TEs a whole lot, and he'll like it a lot more now that he has guys like Sean Price and Mike MacFarland to hit over the middle. A great offensive line should help to establish a run game, and at the same time, keep Floyd off the ground.

Gary: Floyd is good enough to be the answer. If he can master the system and avoid mistakes, he should be fine.

Andrew: Look, some guys make great progress between freshman and sophomore years. All we need is for Floyd to be decent. If he can get to 55% passing, with more TDs than INTs, we should score enough to win games with our defense. If he can’t do that, we have other guys who waiting in the wings who might show something.

Ryan: Honestly... I have no idea. Does anybody? He might be the closest thing we have to the answer and still not be the answer, which is frightening. I would've thought Floyd was the least likely to win the job after how he played last season, but there were a million and five things working against him from snap one so I'm willing to offer a blank slate. Show us something, Matt.

ISSUE TWO!! The Bulls' front seven has named themselves THE GREEN PLAGUE. Will they infect their opponents with the diseases sacks and turnovers, or do offenses once again have the antidote?

Collin: If USF gets a lead, look out. This front four is scary, and if they don't need to worry about the ground game, you better leave some people in the box to block even in 3rd and long.

Jamie: Against some teams, they're going to be dominant. Against teams that spread out and throw a lot of quick passes, they can be neutralized. Really depends on the matchup from week to week, but I think they'll be a factor in most games.

Mike: That defensive front is going to be brutal this season. I don't see many defenses in the conference that can compare. The combination of speed, strength, and depth should prove for a purely unstoppable force. The speed on the ends should help the inexperience in the linebacking group to make some plays, as well.

Gary: Yes, because Aaron Lynch. We'll all be reminded why he was such a touted recruit and why USF landing him was a huge deal.

Andrew: Green Plague might be guacamole if our DBs aren't better. The front seven should thankfully be more aggressive this season. Lynch might be as good as gone after the season, so here’s hoping for a Pierre-Paul-esque transfer breakout.

Ryan: On paper they'll be really, really good, but the USF defense has such clear strengths and weaknesses that you'd think they could be pretty easily gameplanned against. I think it depends a lot on the secondary's ability to not be abominable. If they're halfway decent, the pass rush should be unreal.

NEXT ISSUE!! A secondary filled with question marks. Three sophomores and a former walk-on at cornerback with new pass-happy teams joining the league. Can they make the plays they need to make, or will opponents keep flying the friendly skies?

Jamie: They made a huge upgrade in coaching from bus-tossing Rick Smith to Ron Cooper, who's coached up Thorpe Award-winning DBs. They really can't be much worse than last year. Some teams will make them look bad because they throw all over everyone, but overall they should be improved.

Mike: As with the linebackers, a lot of the success of the defensive backs is going to rely on the amount of pressure that the line can supply. Last year, a passive defensive line allowed opposing RBs to stretch the field with ease, and that opened up the passing lanes even more for opposing quarterbacks. This year the D-line has a whole new mentality, so I expect to get an interception a bit earlier than week 9.

Gary: The Green Plague will cause enough sickness to make up for a less resistant secondary. Those pass-happy new teams aren't throwing against UTEP anymore.

Andrew: They can’t be worse than last year. A more aggressive front seven will help the backfield. If the secondary can be rank between 60-80 nationally, instead of 2012’s 118th, with a great front seven USF should be around the national average on defense.

Ryan: Again, they can't be much worse than last season. But we had a 3rd round draft pick playing for us last season too. They'll probably intercept more than two passes, but looking at the guys we have I don't see a dramatic turnaround.

ISSUE FOUR!! Brass tacks time. How many wins for USF football in 2013?

Collin: I'm saying 7-5 because USF has beaten me all the doe-eyed optimism out of my soul. But would I be shocked if this team made a run here? Absolutely not. I think we're all beginning to find out, slowly, how bad a coach Skip Holtz really was. Good thing we're not paying him anymore!! Oh, wait a minute...

Mike: The way I see the schedule, I see four toss-up games: Michigan State, Cincinnati, UCF, and Rutgers. If we can split those, and lose the games we're supposed to lose and win the games we're supposed to win, then the optimistic me can see 8 wins in the schedule. You always have to make a little wiggle room, though, so I'll be safe and say 7 wins in Taggart's first year.

Gary: Six, but a puncher's chance at eight. They'll be a mixture of the 2005 USF great defense/no offense team, and the 2010 USF all-over-the-map team. Both went to the Charlotte bowl, which seems a worthy goal for 2013.

Andrew : USF’s schedule breaks down into three four-game sections. The easiest four games (McNeese St, FAU, Memphis, SMU) are all at home; that should be four wins, with only SMU mildly questionable. Of the toughest four games (Michigan St, Miami, Cinci, Louisville), only Michigan St. is on the road. We should nick at least one upset there. The remaining games are toss-ups on the road (UCF, UConn, Houston, Rutgers). We should win at least one of those four. So 6-6 is my prediction. Beef 'O' Brady's Bowl, here we come.

Ryan: I really thought expectations would be nonexistent this season, but USF fans have a remarkable ability for preseason optimism. I'd be thrilled with 6-6, so that's where I'll set the bar.