We're going to have to start this edition of the Other Sports Roundup on a couple of low notes. Sorry, but it was a tough weekend almost all the way around for USF athletics.

Women's Basketball
The ladies' season was already coming unraveled when we last updated, but then Janae Stokes, Sequoyah Griffin, and Dominique English were suspended between the Marquette and Seton Hall games for violating team rules. (The team did not come back to Tampa in between those games due to bad weather, which may have led to whatever incident took place.) Stokes and Griffin were the second and third-leading scorers, respectively, and without them the Bulls have really struggled to put up points. After beating Seton Hall, the Bulls played valiantly against ranked Georgetown (54-50) and West Virginia (54-45) teams, but lost both games. The Bulls sit at 14-12 and 5-8 in conference play, and their chance at any postseason play may be getting away from them.

The three suspended players still have not returned and no explanation for their suspension has been given by Jose Fernandez. It's also worth noting that Fernandez does not have a contract for next year. Coming off last year's 27 wins and WNIT title, this year is a big disappointment, and who knows what may happen during the offseason.

Baseball
USF has a Gator problem. Namely, they can't beat the Gators. At anything. Not basketball, not softball, not tennis or golf, not soccer, not volleyball, probably not football, not anything. In fact I'm pretty sure USF could make up ridiculous sports on the spot and the Gators would still win. Which brings us to the baseball team's season-opening series in Gainesville, where the Bulls dropped the first two games 6-2 and 9-1. Then on Sunday, USF broke out of its series-long slump and ran up five runs in the 8th inning. They took a 6-3 lead to the bottom of the 9th, only to give up three runs with two out to tie the game at 6. The game-tying run scored when Sam Mende couldn't field a ground ball to shortstop with the bases loaded and everyone was safe. Needless to say, the Gators won in the 10th. 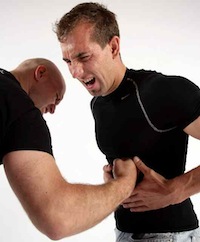 So USF starts off the season 0-3, and now gets ready for the Big East/Big 10 Challenge in Pinellas County. They will face Ohio State Friday at Al Lang Stadium, Illinois on Saturday at Bright House Stadium in Clearwater, and Michigan at the Naimoli Complex in St. Petersburg on Sunday.

Softball
USF hosted tournaments each of the last two weekends. Unfortunately a game with 13th-ranked Georgia Tech in the Wilson-DeMarini Tournament was canceled by bad weather, but the Bulls split the other four games - beating Illinois State in 10 innings and routing Canisius, and losing to East Carolina and Florida in a wild 12-8 game. Last weekend the Bulls went 3-2 in the La Quinta Inn and Suites Tournament, beating Wright State, Michigan State, and North Dakota State, but falling to N.C. State and Hofstra to close out the weekend. The Bulls stand at 5-4 on the season and will head out to Tempe to face Arizona State this weekend. It will be their last games outside of Florida until April 10.

Alison Sevarese is off to a red-hot start with a .345 batting average, four home runs, 11 RBI, and a slugging percentage of .793, putting her on pace to challenge many of Holly Groves' season offensive records. On the mound, freshman Lindsey Richardson is already establishing herself with a 3-1 record, a 2.13 ERA, and 36 strikeouts in 23 innings pitched.

Golf
The men's team is in Mobile for the Mobile Bay Intercollegiate. Through two rounds they're only one spot out of the basement with a cumulative score of 608, but the second half of the leaderboard in this 18-team field is tightly bunched up, giving the Bulls a chance to make up ground in Tuesday's final round. Robby Carl (+5 through two rounds) is tied for 37th, while Aaron Fitzpatrick (+7) is in a tie for 52nd. (In college golf, four players from a team are selected to combine for the team score, but additional players can also compete in the individual tournament.)

The women finished 12th at the Hurricane Invitational from February 14-16. Shena Yang started the final round four shots off the lead, but struggled in very windy conditions in the third round to finish in a tie for 20th. Next up for the women's team is the UCF Challenge from March 1-2.

Track and Field
The Bulls found some success at the Big East Indoor Championships this past weekend in New York. On Saturday, Stephanie Duffy won an individual Big East championship in the pole vault, clearing 13 feet, 3.5 inches. In the men's pole vault, Sean Young took home All Big-East honors by finishing second. He and Notre Dame's Kevin Schipper both cleared 16 feet, 8.75 inches, but Schipper won by clearing it on his first try while Young cleared it on his second.

On Sunday, Lindsey Lamar (who also plays running back for the football team) finished third in the 60-meter race at 6.80 seconds, just ahead of teammate Derrick Hopkins with the same time. Reshaw Exilien finished third in the 400 meters with a time of 48.75 seconds. In addition, Exilien, Mikail Ebanks, Pascal Orelus, and David Aristil combined to finish third in the 4x400 relay. All of these athletes earned All-Big East honors for their performances.

The outdoor schedule begins on March 5 as the Bulls host the USF Open at the USF Track & Field Stadium. I can't tell if this meet is open to the public (I assume it is), so if you're interested in seeing any of the action, here's a tentative schedule.

Tennis
The men's team swept UT-San Antonio 7-0 on February 14, winning two out of three doubles matches and sweeping six singles matches. (I think I finally figured out this tennis thing. There are three doubles matches, and whichever team wins the most matches gets one point. Then the six singles matches are worth one point each.) After beating Middle Tennessee State 5-2 on Friday, the Bulls dropped a 6-1 decision to the Gators on Sunday. (See above re: we can't beat the Gators at anything.) The 41st-ranked men's team next plays Miami on Sunday.

The women's team is currently ranked 33rd and picked up two wins since our last Roundup, beating N.C. State 5-2 on Friday, then sweeping Memphis 7-0 on Saturday. Their next match is in Orlando on Wednesday against UCF.