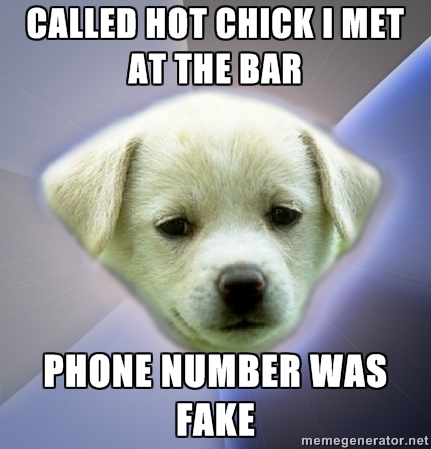 I'll refer you back to the live blog from earlier today for specific things that came up during the 69-49 loss to Georgetown. Generally, we've known for most of the season that USF has some fatal flaws, and today they all came up to the surface. A lack of depth, trouble defending down low, bigs with post games that aren't really developed, and bad outside shooting. Oh God, did that last one ever rear its ugly head during this mini-run. The Bulls shot a horrendous 29% from the field against the Hoyas, and Shaun Noriega was the only Bull to hit a three-pointer in two games. Let's just say that is not an indicator of success.

One of my co-workers watched the game while he was working out at lunch time, and he thought USF quit towards the end. I can see where he thought that. Once the "just play a zone and they're screwed" strategy went out following the second Notre Dame game, it's been virtually impossible for the Bulls to rally from a double-digit deficit. And they know it, too, including Stan Heath. They can't hit threes, and they can't foul to stop the clock because they don't have enough guys. That means they have to stop their opponent almost every time down the floor to make up ground, which just isn't going to happen for long against quality opponents like Georgetown. When a game starts getting away from them, there's nothing this year's team can do about it.

So that almost certainly puts an end to any serious talk of USF sneaking into the NCAA tournament for the first time since 1992. But still, a 20-win season and a high seed in the NIT (maybe even a #1 seed) is a big step forward for this program, considering they hadn't even had a winning season since 2003. If you can sit there and say you're actually upset with how this season is turning out, then you're either delusional or you have a Ph.D. in Moving the Goal Line.

For the rest of you, the NIT schedule should be out Sunday night, and there will certainly be some more basketball at the Sun Dome this season. The only way to avenge this bad performance at the Garden is to play there again, which should only take three more wins.