Share All sharing options for: Showtime Haynes Commits to USF

That name is fantastic, it sounds like it's out of a Matt Christopher book. Anyway, according to the Bradenton Herald, Shedrick "Showtime" Haynes has verbally committed to USF. 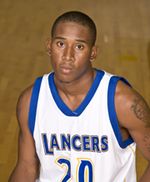 Haynes has totally transformed himself as a basketball player; He always had the hops and athleticism, but now he has added some deadly long-range shooting to his arsenal. ...

The six-foot combo guard known for his extraordinary leaping ability, averaged 18.5 points a game and filled up the stat sheet for the Falcons, who finished the season 20-10. Haynes knocked down 87 treys while shooting 42 percent from beyond the arc.

He's either 6'0" or 5'11", depending on who you ask, and he might be another badly-needed outside shooting option for the Bulls. It probably depends on whether or not he can hang defensively at that size. That's the only thing keeping Shaun Noriega off the court, and Haynes might join him on the bench if he has the same problem.

For the rest of this week, look for another Other Sports Roundup, heavily dominated by a round of What the Hell Is Wrong With Our Baseball Team. Assuming USF plays teams in the NIT that have blog representatives, we'll keep up the Q&A's. And as long as one of us can watch the games somewhere, we'll keep doing postgame haikus and recaps.