EDITOR'S NOTE: Aside from the one in the photo caption, there are two more deliberate and awful puns in this post. See if you can find them.

Well, it looks like the Syracuse contingent in our contest responded to Casual Hoya's surge to the top of the standings by choosing to protect their unit completely and skipping the week. However, Hoya Suxa did have something to share with the group. Glaude, take it away.

I do not care for Georgetown University.  Everything about the institution -- the campus, faculty, staff, administration, students, alumni, former coaches that want a real job but instead just hang around the athletic complex and wash white hand towels -- generates a hunger of disdain within my very being that can only be satiated with daily public stonings of Hoya partisans.

This feeling isn't predicated on the fact that I support the Orange Empire.  Rather, Hoyas are simply and purely the reason that assisted suicide should be legal -- some people just gotta go (against their will or otherwise), and I'll be happy to pull the plug.

If you don't believe me, check out all the purchasing options Casual Hoya is kicking around with its $1,064.08 bankroll:

How can you possibly support this tyranny against humanity?  To hell with Georgetown and Casual Hoya.

Any way, Rear Admiral Marrone has brought the Syracuse ship into port for a weekend of shore leave.  I, too, will take the rest and relaxation from Protect Your Unit this weekend.  Time to hit the town, find some leggy broads, and dance the jitterbug deep into the night.

Sean Keeley, proprietor of Troy Nunes Is an Absolute Magician, is also taking the week off.

With that taken care of, let's move on to those who are playing this week, starting with our current leader, Casual Hoya, who is already celebrating one banked win this week.

Many more picks after the jump, including Scott of Bearcats Blog hitting a new level of tease and parlay insanity before I come along and smash right through that newly-installed glass ceiling of degenerate-ness. You won't want to miss this.

Our own Toro Grande won by not playing last week and moved all the way up to second place in the standings. Here are his picks.

For entertainment purposes my ass, time to start laying the wood.  This is the time of year when you should know who's got it, and who doesn't. And if you're in the BIG EAST or ACC, you for sure don't have it.  Not even capital letters can save us, Marinatto. But TCU can? Whaaaaaa??? That makes about as much sense as Louisiana Tech playing a conference game at Hawaii.

(Hawaii is -8 by the way, for those of you that will need to get even with your short-term investment brokers after listening to all of us on Saturday.)

$40 on all of these. Consider my unit well cupped.

Seventh Floor Crew (Miami) -3.5 over No More C.J. Spiller (Clemson). It is All About Da U in the ACC. The league is atrocious, but they're actually not bad. They should roll to an extra home game in January. And the Orange Bowl parade is always more exciting when the locals in Miami have a rooting interest. And yes, excitement to me means more guns, drugs, and random violence.

Katrina and the Green Wave (Tulane... too soon?) +17 over ROFLGers. Schiano picked the wrong year to suck, as it looks like the guy whose retirement/death he's prayed for daily is finally going to hang it up at the end of this year... but now his team is a steaming pile of fail.  Not a great way to impress the judges in Happy Valley.

SCUMBAGS +17.5 over Wanny McStaches (Pittsburgh). So Dan Le Batard's radio show in Miami actually got a local restaurant to change their name and menu for the Pitt-Miami game.  They offered Chicken Mustaches as the main course, and the featured dessert was the Vanilla Offense with No Nuts.  They even made the restaurant's logo to a shadow of someone punting.  I'm not making this up.  Oh, and FIU is perfect ATS in their "Kick Our Ass For Cash Tour 2010" so far.  No reason to think they won't cover again.

NC State +4 over Virginia Tech.  Anytime you can get a mid-table ACC team with points at home over another mid-table ACC team... I mean isn't that like when a Brinks truck hits a light pole and cash is just flying all over the sidewalk??

Maryland -7.5 over Duke. I went tailgating at Duke last week. Notice I didn't say I went to the game, and that's because the tailgate atmosphere was so horrendous I had no desire on a rather hot day to go watch football. I was visiting a friend that's worked at Duke for two years, and her office is about a half-mile walk from the stadium. We had free parking in her work lot, and tickets were at most $5 each f rom a scalper. I'm one of the biggest sports junkies out there, and I thought, "Nah, let's go home and take a nap."

On the way back to the car, we were walking with a student. He asks, "Why are all these Army people out here... is it ROTC day today or something?" Um, maybe because you're playing Army today? And that, America, is Duke football!!

Sarkisian (Washington) +10 over Kiffin (USC). Because sometimes in life justice prevails and this will be one of those times. Washington covers because Kiffin goes for two four times, and fails on each attempt. Jake Locker will also be starting in his eventual NFL home, as Jacksonville is taking him #1, then playing one season in the Coliseum after their move while In-N-Out Field at DreamWorks Stadium gets built.

I promised you teaser madness from Scott at Bearcats Blog, and here it is. Check out the whopping 10-team tease he lays on everyone at the end.

My new strategy is to bet against Washington State in as many ways as possible. And to make as many crazy teasers and parlays imaginable. That's 88 units in play this week.

So basically the strategy is to take wild shots in the dark and hope one or two of them come in so you can ride them to victory. Sound strategy.

Next on the list is Kevin Meacham from The UConn Blog.

$50... Louisville and Arkansas State UNDER 60. Cardinals haven't scored over 30 yet this year (even with a I-AA game under their belts) and I expect them to win. Because the gambling gods (I call him Gamblor!) hate us all, this game will finish 49-46 ASU.

$10... UConn (-7.5) over Vanderbilt. Everyone get on that sweet Cody Endres Train Of Relative Glory while you still can.

Hedging with Hate:
$20...Georgia Tech and Wake Forest UNDER 60, because fuck the ACC.

Keeping it steady and consistent with $165 worth of bets this weekend.

Moving on to Chas Rich from Pitt Blather.

An 0-3 week. I will absolutely not bet Pitt games the rest of the year no matter the temptation, spread, points, etc. Probably.

I also should lay off Maryland, because they have burned me twice -- damn bastards with the late score to cover.

I'm putting $50 on Louisville -4.5 at Arkansas State. If the Cards don't win by at least 10 -- and I don't care that it is on the road, then Charlie Strong has a lot more work than even he realized.

Rutgers has scored 32 points versus 1-A opponents and 31 against 1-AA opponents this year. The offense is a mess and they are playing a Tulane team -- well the Green Wave sucks -- but doesn't seem to suck as much as they have in the past. Give me $50 on Tulane +17 against Rutgers. I'm resisting also betting the under of 43 points since Rutgers hasn't had a game where the teams combined to break 35 yet, but given Rutgers' QB questions I don't trust it.

Finally, I'm tossing $35 on Georgia -4 at Colorado. I know the Bulldogs have been a big disappointment, but not even a TD favorite on the road against Colorado? Are things really that bad for Georgia?

Hey wait a minute, that's a bet against Colorado and you know what that means! Once again from the Shaggy Bevo message boards... SAD HAWKINS, GO. 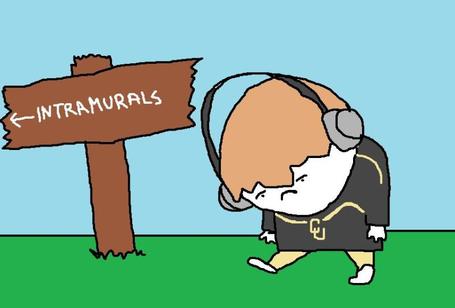 WVUIE97 from The Smoking Musket reloads from his bye last week with these picks. Unfortunately, he bet more money than he's allowed to, so I decided to trim the last $25 off his final bet (it was originally $100) to cap his amount in play at $250.

I guess it's time to try and make a move:

Northwestern -5.5 over Minnesota. How the hell are Tim Brewster and the Gophers only a 5.5 point dog? $50

Nevada UNLV OVER 62. Another easy over for the Wolfpack $50

My own picks are up next, and by the time you're finished reading them, it will be like you're seeing all new colors. Minds, prepare to be blown.

Louisville (-4.5) over Arkansas State for $55. I mean Christ, if Louisville can't go to Jonesboro and beat Arkansas State, a garden-variety Sun Belt team, by more than 4.5 points, we ought to just fold the damn league.

Oklahoma State (-2.5) over Texas A&M for $55. Not convinced the Aggies are actually good. This is the kind of game where they traditionally spit the bit in spectacular fashion.

Two horrendous offenses, one decent defense, and one amazing defense... yeah, they aren't getting to 43 points between them.

Now I'm going to get creative. We've been doing straight bets and teases and parlays, but it's time to take this to the next level. I am Herschel Walker barreling through the secondary and you are Bill Bates about to get run the fuck over. MY GOD A FRESHMAN!

Wait, there's more! This bet is for sheer comedy so I'm only putting $5 on it, but here it is. This is the "UConn Women's Hoops Special" in honor of The UConn Blog spotting Lady Huskies opponents 40 points right off the top in game threads to see if it makes the games more fun to watch. (It does.)

This is a three-team 10-point tease, all with severe underdogs. Tease New Mexico State up to +53 against Boise State, Colorado State up to +43 against TCU, and UL-Monroe up to +45 against Auburn. It should liven up the final minutes of these games quite a bit. Everyone else is thinking about beating the traffic, or getting the backups and walk-ons some game action, and I'll be thinking about COVER, DAMN YOU, COVER.

Speaking of The UConn Blog, here are Andrew Porter's picks for this week.

And still bringing up the rear, Chris Lane from The Nova Blog, who's had a tough week with TCU maybe horning in on their Big East football invite. What do you have for us, Chris?

I don't know what quote that is from but I feel like it's from Thomas the Train Engine for some reason. (editor's note: It was The Little Engine That Could.) That dude was badass. And probably a degenerate gambler amongst all the trains.

Michigan -10 at Indiana ($100) -- Just don't hurt yourself Shoelace. I want to see the single most impressive statistical season in NCAA history -- but more importantly I want to win this bet.

Notre Dame -3 vs. Boston College ($25) -- I think I'm becoming a bleeding heart Irish fan. Jesus. I think I just nearly scared myself off of this bet.

Iowa -7 vs. Penn State ($50) -- I can't see the Nits keeping this one that close, in Iowa, and after laying a turd vs. Temple. They look like they are wavering and I expect Stanzi go off.

USC -10 vs. Washington ($50) -- I jumped off the Lane Kiffin bandwagon and he starts kicking XP's like a real coach. Fuck this guy.

The Weekly "I'm desperate and NEEEEEEED this" parlay:

You got it, Chris. And because you might be about to get squeezed by Fort Worth's own Horned Frogs, here's one of Fort Worth's own beers to drown your maybe-sorrows -- Rahr and Sons Oktoberfest. It might even go well with orange chicken! BOOM FULL CIRCLE. 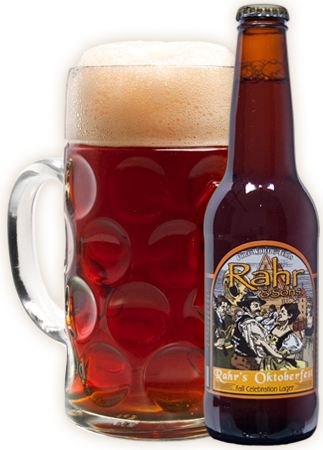