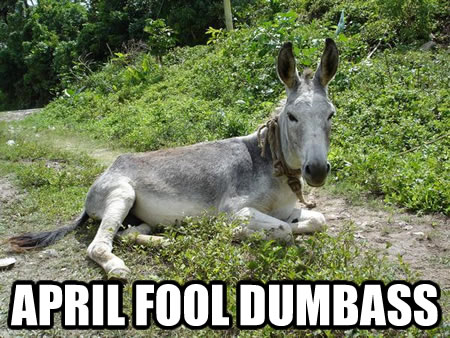 Lesser bloggers would see what day it is and make up some ridiculous story about the agent Dominique Jones just hired, or how B.J. Daniels quit the football team to try and make the 2014 Olympic curling team, or Skip Holtz coming to work high and being forced to resign because he was huffing polyurethane while he was staining an unfinished rocking chair in his garage... and his dad taking over. Whatever the story was, it would be lame and totally false (especially that last one) and no one would buy it.

So anyway, if you have any April Fools' Day success stories, feel free to share them below. I'll have Part 2 of the men's basketball edition of END OF LINE later tonight, where I try and figure out what will happen next season. SPOILER ALERT: DoJo may or may not be back!