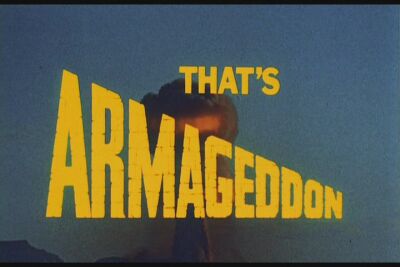 If the Big East is going down, then by God, let's go down in the biggest ball of fire and wreckage we can and see how much damage we can do to this gawdawful system.

Last week's three and a half simple rules were followed most closely by these two schools, who, with Cincinnati's collapse, are now the Big East's two lead contenders for the Orange Bowl:

I submit to you that giving the Orange Bowl perennial loser Rutgers, or a 7-5 (and maybe 6-6) Louisville, would be a nice way of mooning the BCS as they kick us out the door of the country club.

Actually, you know what would be the ultimate Big East ending? If that Louisville or Rutgers team actually wins the Orange Bowl. Which is very possible. The opponent will be the ACC champion, and those guys can lose to anybody.

Here is what each team needs to have happen (since no team controls its own destiny anymore):

Louisville can also win the Big East if they lose to USF, but only if they end up in a four-way tie with Connecticut, Rutgers, and West Virginia. UofL beat all those teams, so they'd win the tiebreaker, and go to the Orange Bowl at 6-6. It's too bad they beat Kentucky, because if not, this scenario would have made it possible for Louisville to be 5-7 and clinch a BCS bowl. Which would have been the greatest ending to the Big East ever.

If USF beats Louisville this Saturday, we're still alive for a bowl game, if USF loses, we screw Rutgers. It's a win-win, baby.

If you're one of these hopeless romantics who thinks the league can salvage some dignity if West Virginia wins, or a fan of the Mountaineers or some other team in the race, read on to see what those teams need to happen:

DONALD SUTHERLAND: As the clumsy waiter.

CONNECTICUT (3-3): If they beat Rutgers, they could go 4-3 and get a share of the league title if no one gets to 5-2. But I'm going to "call it", as they say on election night, that UConn has zero chance of winning a tiebreaker and is eliminated from Orange Bowl contention. Their BCS ranking is too low, and two of their four wins would be against non-contenders USF and Syracuse, leaving them out of any head-to-head tiebreakers that might apply. Which is exactly the opposite of what happened last year.

SOUTH FLORIDA (1-4), SYRACUSE (1-4): Mathematically eliminated. But we won head-to-head, so we get first billing now.

It is still possible for the league to end in a 3- to 6-way tie that has to be broken by BCS ranking. (5- and 6-way ties are only possible if no one gets to 5-2.) I think it's safe to say now that such a tiebreaker would be won by West Virginia, Rutgers, or Cincinnati, in that order. Pitt and Louisville are too far behind in the computer rankings to win a tiebreaker, and aren't going to start getting poll votes now. This is all based on CBS Sports' BCS rankings page. Scroll past the Top 25, then start looking for Big East teams.