Share All sharing options for: The Most USF Game Ever? Baseball Blows 7-0 Lead, Possibly NCAA Bid, And Oh God Make It Stop

What I saw last night is possibly The Most USF Thing Ever.

We who write this blog do so out of some irrational need to document our love for that slice of heaven between Fowler Ave. and Fletcher Ave. But oftentimes this just seems to be an unending series of swift kicks to the scrotum, and last night was one giant foot that you couldn't possibly see coming. And as a longtime USF diehard, what I'm beginning to experience is the opposite of Stockholm Syndrome; I voluntarily keep subjecting myself to this punishment, so I'm beginning to feel less and less sorry for everyone that's making it happen.

The Gods indeed smiled upon the Bulls in so many ways entering last nights game. They got an opening win over Rutgers behind yet another strong performance from their ace, and #1 seed Louisville put a big-ass stamp on it and mailed in a "two-and-'cue," never even putting their Big East Pitcher of The Year on the mound. All USF needed was a win against bottom-seeded #8 UConn to ensure an off day on Friday, then either Rutgers or UConn would be forced to beat them twice on Saturday to advance to the championship game. You literally couldn't have drawn up a better (or more improbable) scenario.

And the Bulls bats did their part early, putting up single runs in the 1st & 2nd innings before exploding for four more in the 4th, including three consecutive RBI doubles from Alex Mendez, James Ramsay, & Jimmy Falla. It was 7-0 in the mid 5th, and most USF people were making plans for their off day tomorrow. I called my girlfriend, who said she was having a pool party with wine. It sounded real nice. I couldn't wait to go.

And then I remembered my diploma says "University of South Florida," and so does the scoreboard... and OH WHAT IN THE HELL THIS SHIT AGAIN??

With two outs and a man on in the 5th, a previously cruising Nick Gonzalez walks the 9-hole hitter Stanley Paul, hits Tom Verdi with a pitch, gives up a single to Billy Ferriter, another one to LJ Mazzilli (which bounced hard right off 3B Levi Borders' shoulder), then a third to Vinny Siena, which the normally reliable James Ramsay whiffed on as it rolled under his glove in centerfield allowing two more to score and Siena to advance to third... and holy crap it's 7-5 already and I'm not sure anyone could even be warm in the bullpen that fast. Janick Serrallonga comes in to relieve the shell-shocked Gonzalez, but uncorked a wild pitch that plated Siena before ending the inning with USF clinging to a precarious 7-6 advantage.

If you read this blog with any regularity, this was the exact point you became aware that there was no fucking way USF was winning this game. Here, I took a pic of the dugout after the 5th: 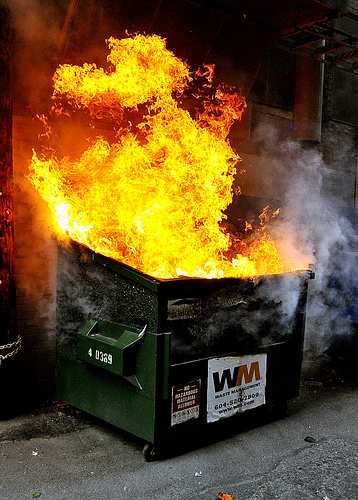 The collective sphincter tightening continued via a safety squeeze by Chris Norton with two out in the 6th where somehow Jimmy Falla on second base should have been caught in a rundown, but UConn managed to screw that up, so the threat ended on an Anthony Diaz ground ball anyway. Then Borders lead off the 7th with a ripped double, but Nik Alfonso couldn't get a bunt down on his first two strikes... oh, and Alfonso was a perfect 5 for 5 for the tournament so far, so why was he bunting with nobody out there anyway??

(Coach Prado talked to media after the game, but I was still shellshocked, and coupled with my lack of being an actual journalist, I didn't even ask this question. My bad, I absolutely should have. But other than this, I'm not sure what buttons he could have pushed here. It was just a team-wide Three Mile Island).

UConn clawed out a run in the 8th to tie, and then here's how the winning run scored in the ninth: Two-base error on the right fielder Diaz (via a fly ball that hit his glove which he absolutely has to catch), pop fly to third, wild pitch, intentional walk, intentional walk, wild pitch. Because of COURSE! 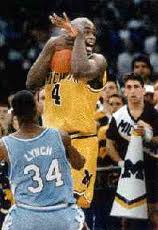 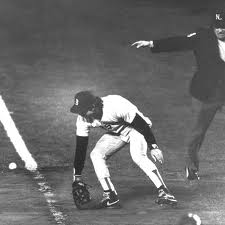 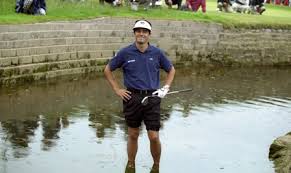 About 30 seconds before Jordan Strittmatter's wild pitch to seal it., I tweeted this:

In terms of painful, this one is right up there with football vs. Rutgers in '07, Voodoo Five in '05, this other crazy epic baseball FAIL in '04, Carlton Jones from Army (!!) running for 225 yards at '04 Homecoming, the Matt Bonner Game game in '01, and every other memorably shittacular USF game ever.* But what makes this hurt so bad is it might have cost a USF team that was squarely on the bubble entering this tournament their first NCAA bid in 11 years. This is a team in what might be the biggest hotbed for prep baseball talent in America that hasn't even come close to the NCAA Tournament over a decade... and how might they have blown their dance card? With a seven-run lead against the bottom seeded team in the conference tournament, just 13 outs away from controlling their destiny. Oh. My. God. 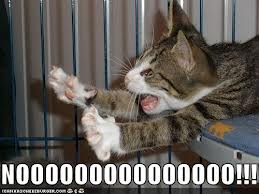 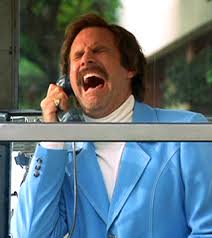 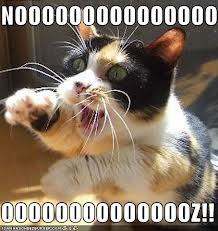 We argued previously it was possible that this Bulls team danced through the rain drops for much of this season, and this just might be regression rearing its ugly head at the exact wrong time. But that doesn't make it suck any less. And it doesn't make it any less painful for a fan base that's waited 11 years to get back to a place that used to be an annual rite of summer.

But here's the thing: This is still the 2013 USF Baseball team... which means you cannot EVER count them out. Getting two runs in the 9th off what might be the best closer in America in Dan Slania, then winning in the 19th inning at Notre Dame. Down two to Pitt in the 9th, and clawing out a victory without a hit. This team has been dead and buried in games more times this season than Freddy Kruger. Check the #WhyNotUs hashtag on Twitter just after the loss, and you'll see many USF players still trying to rally. Was yesterday devastating? Absolutely. Am I counting this particular USF team out? Not yet. They've earned the right to not be declared dead until they're actually stiff and in the ground. And they do know how to do this, as they came through the losers bracket last year to reach the final before falling in the title game.

So just in case... see you at Bright House Field at 6pm.

* The first time we ever lose to UCF in football will feel like all of these combined. I might not get out of bed for a month.