Except for special events, we try and limit our use of memes to one week per year. This is that week.

Last year was a triumph of extremely low expectations -- we celebrated a valiant Bulls comeback win over a death-spiraling Villanova team in the first round as if they had just won the national title. This year, there's much more at stake. USF has a bye in New York for the first time, and they need one or two more wins to assure themselves of a spot in the 2012 NCAA Tournament.

Normally this is the part where I tell you that the conference tournament is about two things:

This year the conference tournament is also about Ken somehow picking the most important week for USF Athletics in God knows how long to welcome a new baby into the world. Which is fantastic for him, of course. But it also means that you'll get about 300% of the recommended daily allowance of me, plus whatever Collin and Gary and Andrew can contribute along the way. (As usual, we've planned absolutely nothing. It's worked so far, so why mess with a good thing.)

Tomorrow we'll have a preview up for whoever USF ends up playing -- either Villanova or Rutgers -- along with a Bulls Recon. For now, it's time to reveal our meme of choice for this year's Big East tournament. GIORGIO A. TSOUKALOUS, COME ON DOWN! 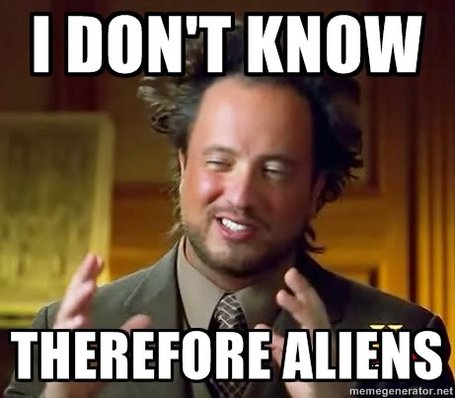 Get ready, you guys. This week is huge. See you tomorrow.