Can we all agree that Mike Brey is a college basketball warlock? He wears terrible suits and has a creepy mock turtleneck fetish, but the guy churns out NCAA Tournament bids no matter what happens to his team between November and March. This year Tim Abromaitis blew out his knee three weeks into the season, and everyone wrote them off. And then the Irish just won another 21 games (including a nine-game winning streak in Big East play) and get a double-bye in New York. They were the only team to beat Syracuse, they thrashed Marquette by 17 points, and they won at Louisville and UConn.

Personally I think Brey is like a basketball version of Bill Snyder, minus about 20 years. He has good-not-great talent, and really you don't have any idea how the hell he's doing it, but his teams are almost impossible to kill, and every year you see them ranked and playing in the NCAA Tournament. 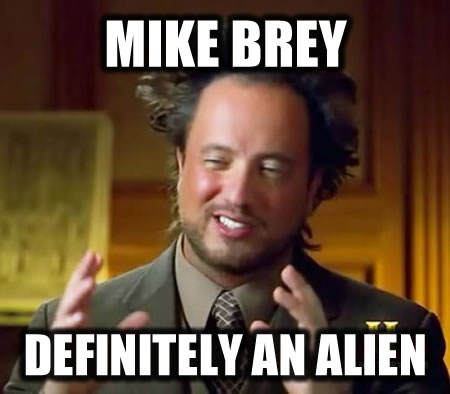