Live From Lubbock: USF Women's NCAA Tournament First Round. Let's Do This. BOOM!

I'm here in Lubbock, rooting for the Bulls today so we can spend an additional 48 hours here in West Texas... wait a minute, why would we do that again??

Share All sharing options for: Live From Lubbock: USF Women's NCAA Tournament First Round. Let's Do This. BOOM!

YOU ARE LOOKING LIVEEEEEEEEEE... at the end of the earth. And holy crap is it flat out here.

Saw several USF staffers out last night, and the consensus is clearly that this team really does not give a damn they're playing on someone else's home floor today; they are ready as hell to win this thing. Also everyone is really fired up for Jose Fernandez: He's beloved by the staff (as the outpouring of love on Twitter from so many people after the NCAA bid was announced showed), and now it's assured he's going to get offered a contract extension as soon as this tournament run is over. Let's hope he takes it and some bigger institutions don't come calling.

Jamie is driving over from Dallas later today, and I think we've got some pretty good seats so you might see our ugly bespectacled mugs on TV today. I'm the tanner of the two of us... which ain't saying much, believe me.

It was a bit windy last night, but apparently that's nothing. They say it's like living in a dusty tornado when it kicks up around here.

I've been to crazy passionate college towns before, but I have never seen anything like the insane amount of swag Texas Tech has in every establishment in town. The carpet in my (completely awful) hotel lobby is Texas Tech. The airport was like an ad for the school. The whole city is totally covered in red and black. And they are quite fired up for this event this weekend.

Everyone I've met here is incredibly nice. The front desk clerk in my (completely awful) hotel was as sweet as can be as I was saying how disappointed I was in my (completely awful) hotel. The two Tech grads I sat on the plane with were so helpful and sweet. The lady in the burger joint last night was amazingly kind. I'll take West Texas hospitality over Southern as far as I can tell.

Have I mentioned my completely awful hotel? It's the Best Western Plus Lubbock Windsor Inn, and I'm in a smoking room because "it's all they had left." This is my "kitchenette." 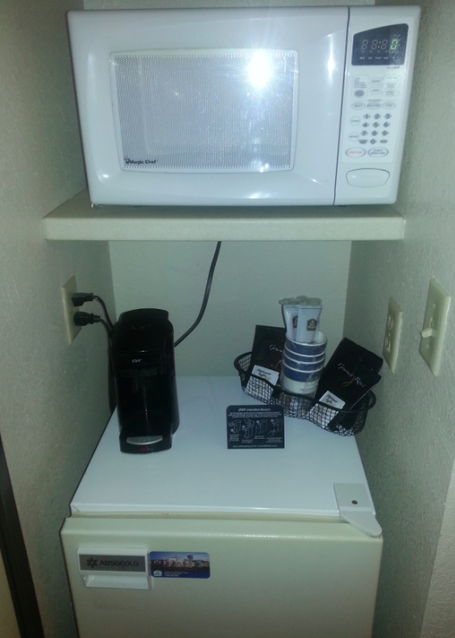 Hotwire called this a 3 star hotel. If Hotwire was Rivals, David Mullins was a 5 star dual threat quarterback.

A friend of mine used to be an assistant coach here. I asked "how did you recruit?" They said "if you can recruit at Tech, you can recruit anywhere." They weren't lying. When Amarillo is nearly two hours away, and that's the closest town... you're in the middle of absolutely nowhere.

Don't ask me why, that pic made me crack up in a burger joint last night... 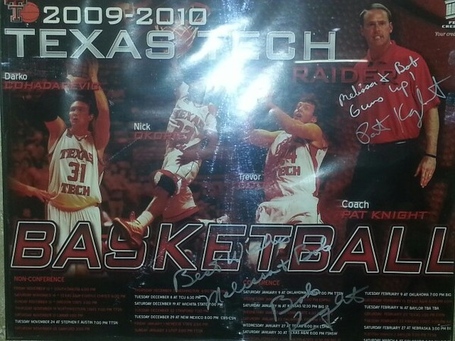 We'll take some pics and have some more fun today, but come along for the ride. USF fans deserve something to cheer about this year.