Hipster Walt Reminisces About The Past

Share All sharing options for: Hipster Walt Reminisces About The Past

I really couldn't believe he was making a visit to Pittsburgh after he had left there and tried to go mainstream at Stanford. But there he was out in front of an Eat & Park, sitting on the hood of his Volvo 240, sipping on an Iron City tall boy and listening to something that can only be described as a mix between 38 Special and Belle & Sebastian.

He looked at me when I walked up to him, and said something that stuck with me all night.

I looked back at him and I understood. It had been a decade since we first met, and a decade is almost an eternity in our type of business.

"You hit the mainstream. Look at those big wins you've had lately. Notre Dame. Auburn. Florida State. Miami. West Virginia twice, man! Do you think they care about you? They don't. I cared about you. I cared, man." 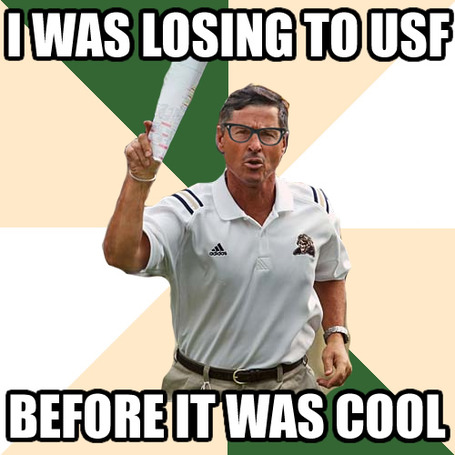 "That game in 2001? That was your peak. You guys were so underground that I didn't even know who you guys were. Only reason I scheduled you because I thought it was ironic you guys were named South Florida even though you were in Tampa. Hey, you got a smoke? I left mine in my other pair of skinny jeans."

I told him that I stopped smoking a few years back. He shook his head in disgust.

"You guys didn't even have a conference to call home! You wore whatever you could get your hands on at that Sports Belle thrift store. You guys even had that goat logo you found in your WordPerfect clip art pack."

We talked a bit more about Grothe and Selvie and Jason Pierre-Paul and that one kid named Hall that everyone raved about, but he knew that it wasn't the same as it was a decade ago. We said our goodbyes and I knew that it would be the last time I'd ever talk to Hipster Walt.

I got in my car and drove downtown to Heinz Field. After I parked and started walking towards the stadium, I saw a man leaning against a lamppost, looking at me and grimacing. As I got closer it became clear who he was. 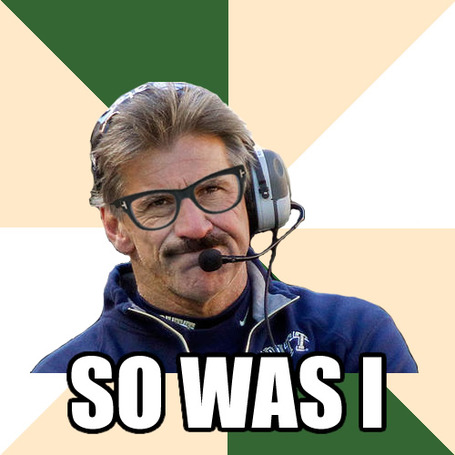