Our feeble attempt to recap what could well be the most ridiculous game in USF basketball history.

There have been some pretty ridiculous USF sporting events in recent memory. The Nevada football game this year was nutty. The basketball team had that win over Providence a couple years ago where they were down nine with 45 seconds to go, somehow forced overtime, then won it 109-105. Going further back, there was the USF-TCU football game where both teams decided to stop playing defense down the stretch and the only reason it ended was because TCU botched the extra point in the second overtime.

That game last night, though... that may have been the weirdest game of anything in school history. The Bulls hadn't been to triple overtime since 1979, before there were shot clocks in college basketball, and there certainly hadn't been that much strangeness in a game since then. Let's attempt to recap everything that happened:

2. The Falcons' Jordon Crawford, who scored no points in the first half, suddenly went berserk. He went off for 15 points in the second half and Bowling Green held a 60-53 lead with under a minute to play. The Bulls had scored 10 points in the last 14 minutes...

3. Then they scored eight in the last 45 seconds. Jawanza Poland hit a three, BGSU missed a free throw, Anthony Collins made a layup, BGSU made one out of two, and then Victor Rudd (who had one of his Victor Rudd offensive explosion games) hit a game-tying three with four seconds left. WOMP WOMP WOMP WOMP WOMP OVERTIME!

(We will try not to mention that this heroic comeback came against a team who came into the game ranked #282 in the RPI. Bowling Green is not a good team. Oh, I guess I mentioned it, sorry about that.)

4. USF led for almost the entire first overtime. Poland had a three-point play, and Rudd made a bank shot where he hung in the air forever. With the Bulls up 71-67 and 21 seconds left in OT, Poland stepped to the line to try and ice the game with a one and one.

5. Then the lights went out for 22 minutes. Certainly this was just a fluke power outage and it was nothing that anyone could have done to --

For those interested, lights went out at SunDome because automatic timer was not disabled #USF 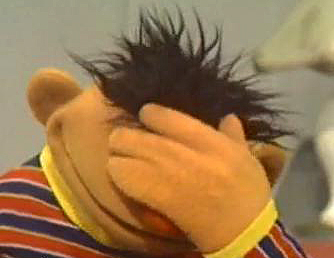 6. Naturally Poland missed the front end, and this all ended with Bowling Green tying the game and forcing a second overtime.

7. OK, second overtime. There was a long stretch where neither team scored, but when Crawford made a layup with 32 seconds left, the Falcons were up 78-75.

8. To which Victor Rudd said, "DOOONNNNNN'T CAAAAAAARRRE" and immediately swished a game-tying 3. Crawford missed a potential game-winner and then bulldozed Collins at the buzzer trying to get the loose ball. No foul. Triple overtime. Collins somehow got up from this collision, but headed to the locker room.

9. Without AC, the Bulls unraveled. They didn't score a point for the first four minutes of the third overtime, and fell behind 82-78.

11. Anthony Collins, who returned to the game as soon as he came back from the locker room, stole the ball.

13. Crawford made two free throws to put Bowling Green back up by four with 32 seconds left. These were the last points the Falcons would score.

14. Martino Brock hit a layup with 27 seconds left. For some reason, the Falcons tried to score instead of holding the ball and waiting to be fouled, but Brock hustled downcourt after a long pass out of the backcourt trap and blocked Anthony Henderson's shot.

15. Brock outletted to Toarlyn Fitzpatrick, who gave it to Collins, who dropped a bounce pass to a cutting Rudd, who laid it in and got fouled. He completed the three-point play to give USF an 85-84 lead.

16. A'uston Calhoun missed a desperation three (a strange decision, only being down by a point), Rudd made two more free throws with a second to go, and Richaun Holmes's last-ditch heave was off the mark. Bulls win 87-84.

Got all that? Good.

Rudd led all scorers with 29 points. Brock added 18, while Toarlyn Fitzpatrick had 16 and eight rebounds. Crawford led Bowling Green with 27 points, all scored after halftime. Calhoun was the only other Falcon in double figures, with 22 points. What may have saved USF was Bowling Green going cold from three-point range in the three overtimes. They were 10-for-20 in regulation, but only 1-for-10 after that.

USF's next game is against George Mason on Saturday, December 29, and I can practically guarantee it will not be as eventful as this one, which is too bad, because this game perfectly proved my long-standing theory that if you can't be good, be interesting.